Competitive exam Questions are designed to test the knowledge of a student and the ability to perform well in the exams. The General knowledge topics are vast keeping in mind the diverse knowledge required to clear the examinations.

Static GK quiz is available here for your practice!

What is Static Gk?

The facts that are never going to change in the future and already occurred in past are called static Gk. Static GK connotes general knowledge about the static facts. Facts in Static GK covers people, important days, Signs or Symbols, art, sports, places, things, currencies, dances, etc. Static GK is like history that also never changes with time.

What should I learn in static GK?

Static GK is an important part of various competitive exams. And you have asked one question from static GK in the exam surely.

Which book is best for static GK?

What is the difference between static GK and current affairs?

The only difference here is that the static GK covers most of the facts that are static or constant. whereas current affairs are knowledge about the present happenings.

Why is it important to learn Static GK Quiz?

Candidates preparing for any competitive exam like bank exam, SSC exam, Insurance exam, Government exam, or the most prestigious UPSC exams must keep abreast with major topics of static GK.

As per the current scenario, a major portion of questions in the exam is covered by the current affairs and static gk. Below is the list of Important Static GK topics asked in the exam.

Examstudylive.com is the best website for practice General Knowledge and Static GK quiz topic wise. Here students can prepare, revision for their exams for various competitive exams like SSC, Banking, Railway and all other competitive exams. 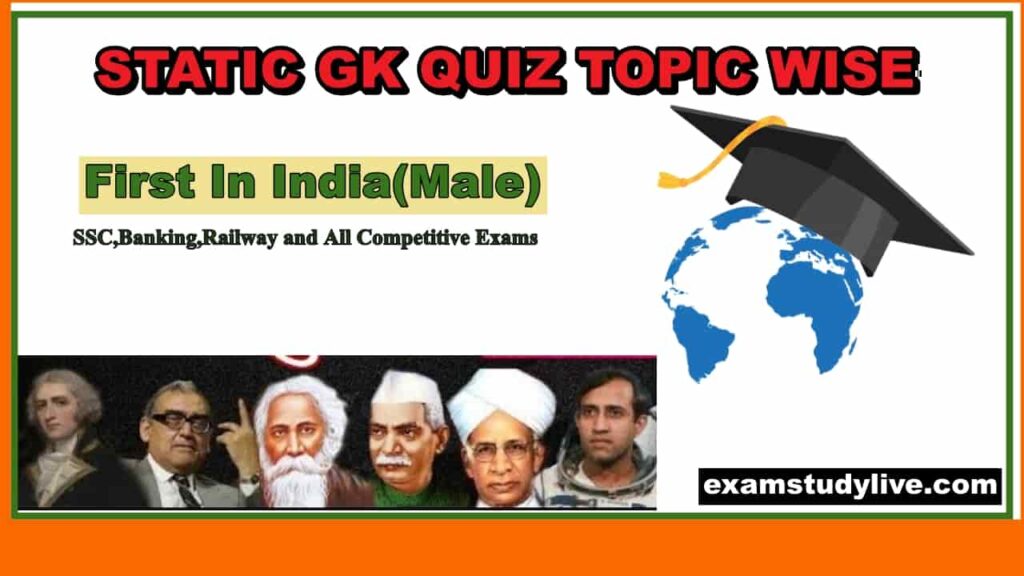